They called and said, “You have won an iPhone X!” I thought it was spam.

Also, have we mentioned? Sudhanshu won an iPhone X with RentoMojo!

We recently met up with Sudhanshu to talk about his experience with RentoMojo and on winning a brand new iPhone X. Here’s what followed:

“At the time, I was selling off my old bike and looking for a new bike. I was planning to buy a Dominar, but the businessman in me thought that I should not invest in liability. Rather, I should invest in assets. I started looking for bikes on rent but did not know how to go about it. I wanted a bike on rent for longer durations, but the rentals I found were only for a day or two. I was searching online and then, Google referred me to RentoMojo. I immediately ordered to rent the bike and in another two and a half weeks, I ordered furniture for my office lobby!”

Why he chose RentoMojo

“I went through a lot of other rental websites but it did not seem promising. The others did not have user-friendly apps, offer anything on a long-term basis, or give the option of buying a bike after renting it for a while. RentoMojo does justice in explaining it all on their app and offering exactly what I wanted. I have now rented the bike for 36 months and later on, if I get used to the bike, I have the option of buying it!”

Why choose bikes over cabs?

“I do have a car actually, which I bought 5 months ago. But, I prefer bikes because of the crazy traffic! I usually travel during peak hours. At 4 o’clock in the evening, I travel from JP Nagar to Marathahalli, which takes around 2.5 hours by car. It’s so much easier to move through traffic with a bike and I can reach faster!”

When Sudhanshu won an iPhone X

“I got a call from Mr. Shravan. I still remember when he called and said, “You’ve won an iPhone X!” I thought it was spam. Because every day you get these messages and emails about winning something or the other. I honestly believed it to be one of those.

Mr. Shravan said, “All you have to do is come to our warehouse with your documents.”

I asked, “Don’t I have to pay something? Taxes or half the price?”

He assured, “Nothing at all. You’ve won it!”

When I told my friends and colleagues, they didn’t believe it one bit and even went to the extent of warning me! That’s why I got my PR manager along to the warehouse. In fact, she kept asking the people at the warehouse where the iPhone is. Finally, the moment arrived. When they gave me a box and I opened the RentoMojo packaging, it was right there! A brand new iPhone X was all mine and I actually won it. I had an iPhone 5S earlier. This is the best upgrade ever!

Ever since I got tagged on RentoMojo posts for winning the iPhone, a lot of people are just pinging and asking me how I won it, if I really got an iPhone X, what did I do to win it, what the process is!”

On his experience with RentoMojo

“I’ll tell you about one instance. So a while ago, I had a minor issue with my bike’s battery. I called up RentoMojo customer care and they immediately sent a person, and within 2 days, the bike was repaired. They didn’t even charge me for it!

When my investors of Alphabet Studio told me to buy furniture for the studio, I suggested renting it from RentoMojo because the service is exceptional. When I got the furniture, I was surprised by how meticulous the process is, from packaging to delivery.

In fact, I’m so happy with my bike rental that I am thinking about using RentoMojo for my employees’ commute. Since we have many branches, the employees have to travel a lot from one place to another. I know how important it is to have a vehicle. I want to give all my employees that benefit. Two-wheelers like Navi and Activa are just for about Rs.2800/month on RentoMojo. So, instead of the petrol allowance hassles, I can just directly give them a bike on rent!”

Sudhanshu loved his RentoMojo experience. Trust us, you will too! Rent furniture, appliances, and bikes from us today to live the best you want. 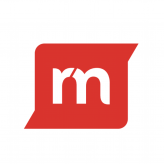