Lifestyle
3 weeks ago
by Seema Rath
0

‘Chick-flicks’ is a genre of movies that end happily. They leave you teary-eyed and hopeful with a dash of optimism that everything is going to be alright in the end. These are the movies that sow the seeds in your heart, lift your spirits high when you are in a desperate need for a feel-good element in life. They make you believe that there is something good left in the world.

A sleepover with your girl gang is definitely incomplete without watching at least one of these movies. We have rounded up 10 of the best chick-flicks that should definitely be in your list of must-watch movies.

This is a movie about Bloomingdale’s, Vera Wang and 2 friends getting married at the Plaza Hotel. As luck would have it, the wedding dates and venue of two best friends coincide and they turn against each other trying to one-up each other’s wedding.

This comedy movie shows friendship, envy, love and remorse in a beautiful manner. Anne Hathaway and Kate Hudson are gorgeous in the movie. If you are looking for a funny chick-flick, this one is a must-watch.

This Meryl Streep and Anne Hathaway movie is a closer look into the lifestyle of the fashion industry elite. It is the story of a young woman who stumbles into this unknown world of thin women, couture, runways, models and oh-so-much glamour as the assistant of the terror of the fashion world, Meryl Streep herself.

The movie is a fast-paced whirlwind affair between Anne Hathaway and the wicked fashion biz. You need to watch it, ASAP.

This movie revolutionized the romantic comedies of the 90s era. Richard Gere’s charm and Julia Robert’s candidness has won millions of hearts for almost three decades now. Pretty Woman tackles the lighter side of prostitution, creating a romantic comedy out of a busy executive’s need for female company and conjuring the perfect lifetime companion out of a woman-for-hire.

We really hope with all our heart that you have already seen it, if not, err…you need to, really!

This is the movie that makes every girl wish for a fairy tale of their own. This feel-good movie is about a 15-year-old girl played by Anne Hathaway who, in the middle of her teenage problems, discovers that she is a royal princess. What can go wrong? This is the dream.

A stint with royalty, this teen comedy melts your heart and makes you hopeful. Watch with your girlfriends and make a night of it!

5. Confessions Of A Shopaholic

This movie is about a girl and her love for pretty clothes. She is addicted to shopping, has maxed out all her credit cards, running from the IRS, attends shopaholic anonymous and in the end learns the importance of being financially responsible.

It is one of the best chick-flicks of all time and demands to be seen with your girls and some wine, maybe!

This Sandra Bullock movie is a great twist to the classic makeovers of Hollywood. Gracie Hart, played by Bullock is a tomboy-ish detective who is asked to participate in the Miss United States beauty pageant as a contestant after her department learns that the event is under threat from an anonymous bomber.

The movie has the perfect Cinderella makeover, the pageant shenanigans and then some action! What’s not to love? You must see this movie.

It’s a movie where the boy and the girl start out hating each other and end up loving each other. The chemistry between Sandra Bullock and Ryan Reynolds is exquisite. Bullock plays a pushy boss who forces her young assistant to marry her in return for a promotion and to avoid deportation from the US.

How a trip to his hometown softens their outlook towards each other and makes them fall in love is the beauty of this movie, which should be in your must-watch list.

This iconic chick-flick is something you can’t do without. This movie is about four sassy New York-based women who stick together no matter what. It is about friendship, love, lust, and not to forget, luxury brands! It is based on a TV show with the same title and characters, which was broadcasted from 1998 to 2004.

A chick-flick list is incomplete without this movie, which shows ambition, heartbreak and life in general.

This movie is about a young woman who is shocked when she learns that her best friend is soon getting married. Going through a surge of mixed emotions, she sets out to sabotage his wedding. The movie is a beautiful concoction of comedy, friendship, love and disappointment. Julia Roberts is charming as usual and Cameron Diaz plays the beautiful and elegant fiancé of the best friend.

You need to leave everything and watch this movie to go through a rollercoaster of emotions.

This movie gives you a happy, romantic escape from the world. It is about a thirty-something British woman who writes a diary, which focuses on the things she wishes to happen in her life. Her life undergoes enormous changes when two men vie for her affection. The movie is based on a novel of the same name, which is a reinterpretation of Jane Austen’s Pride and Prejudice.

For the love of British men, their accent, and romantic endings, we suggest you cancel all your plans tonight and give this movie a watch.

We hope we have succeeded in giving you all the content you need for the next 5 weekends. So gather your girls, turn your living room into a mini private theatre with RentoMojo, make some popcorns and get set go! 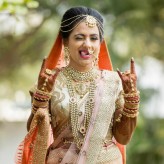